Every Image in Television Style

Jeremy Butler has written about television style for over thirty years, publishing in Screen, Cinema Journal, The Journal of Popular Film and Video, and Jump Cut. His textbook, Television, contains the most comprehensive overview of style in television studies. He has taught television, film, and new media at the University of Alabama since 1980. 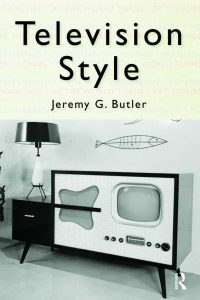